Below are the nominees to fill vacancies on Solar Washington's Board of Directors for the 2018-2019 two year term. The Solar Washington bylaws allow a minimum of seven and maximum of nine board members. We have two board members returning in 2018 for the second year in their respective two year terms. The following six are running for a term of two years three of whom are seeking their first terms and three of whom are seeking their second terms. You will have the opportunity to approve each of the six candidates. 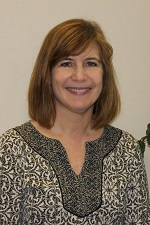 Statement from Linda: Through my work as Energy Services Manager at Franklin PUD, my experience with solar development and programs has grown substantially over the past few years and I really enjoy working with the different industry participants. Serving on the Solar Washington Board of Directors would give me an opportunity to gain more knowledge and experience in this dynamic industry. My utility has participated in the state's legacy incentive program since 2008 and will also participate in the new program. I have helped customers submit their production incentive applications to the state and later distribute and collect incentive applications with metered information and arrange for payments.

In 2015/2016 I oversaw the development of a 69kW community solar parking canopy at Franklin PUD's administration building. I currently manage our utility's initiative to provide electric vehicle DC fast charging stations through a collaborative effort of regional utilities and Energy Northwest.

I attended the Solar Summit and was impressed with the breadth of knowledge and experience represented at the meeting and pleased that utilities were included in the discussion. If elected to serve on the Solar Washington Board of Directors, I can bring both utility and Eastern Washington perspectives that I believe will add value to the group. I addition to experience with solar development and program administration, I have served on a number of non-profit boards. 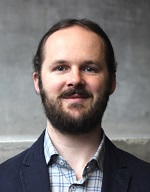 Statement from Jack: Solar Washington is a key leader in helping shape Washington State's energy future, and represents many of the core principles that I am passionate about and deeply invested in throughout my career in the energy industry. With a background in construction management, electric utility program management, solar installation contracting, and renewable energy program management with the International Living Future Institute, I think I bring a well-rounded perspective to the Solar Washington Board of Directors. It would be an honor to contribute to this organization as a representative of the Board, and I believe I have the capacity to participate, engage new audiences, and help lead the charge for the SW organization on behalf of Washington State's rapidly changing solar industry.

Statement from Chandra: Thank you for this opportunity to apply for a board position with Solar Washington (SW). Climate change is one of the biggest threats to planet Earth and the expansion of solar energy as a means too offset carbon emissions from fossil fuels is a crucial step in reversing the effects of global warming and pollution. I want to do all I can to advance renewable energy and joining the SW Board of Directors seems like a natural next step. When I lived in Indiana I volunteered for a similar nonprofit solar education organization (SIREN) where I gained a deeper understanding of how solar energy works and began teaching people how to go solar in their homes, churches, and businesses. SIREN found that one of the biggest barriers is the lack of understanding and solar education. When I relocated to Richland, WA in 2016, I sought out similar solar organizations and much to my surprise found that the sunny side of the state is lacking in solar resources. As a SW Board member, I would happily represent Washington’s south central region and do my part to advance solar energy and education. I have a good relationship with local solar contractors and am plugged in to the local climate community through Tri-Cities Citizens’ Climate Lobby, Go Green Tri-Cities, and other up-and-coming grassroots organizations. 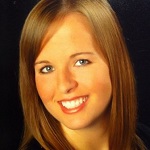 Statement from Britton: I am seeking reelection to serve a second term on the Solar Washington Board of Directors and wish to continue working with the organization to promote the development and effective use of solar energy in Washington State. I have enjoyed serving on the Solar Summit, Events/Programming, Advocacy, and Website Committees during my first term and would like to continuesupporting the organization on similar initiatives. I currently serve as Assistant Director for the Distributed Wind Energy Association and Policy and Communications Consultant for eFormative Options, LLC. I enjoy working with diverse groups of stakeholders to promote the use of distributed energy resources through outreach, policy,and market analysis endeavors and will be happy to support Solar Washington in these areas. I appreciate your consideration of my skills, experience, and interests in the selection of the 2018-2019 Soar Washington Board of Directors. 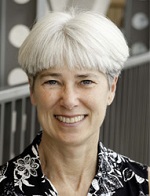 Statement from Joan: After careful consideration of the time and energy demands, I have decided that I would like to seek re-election to a second term as a Solar Washington board member. I believe that I can build on my past 4 years of involvement in the Solar Summit as well as in Solar Washington and continue helping to build the organization. Because of my strong background in nonprofit management, I believe I can continue helping the organization make decisions that are in keeping with Solar WA’s nonprofit charitable status. In my role at Fire Mountain Solar from 2014 through 2017, I talked with the public every day about the way solar works in Washington, about the federal, state, and utility incentives for going solar, and this background has served me well to help the organization provide accurate unbiased information to the public when SW receives inquiries. In the years ahead, the vital challenge for Solar Washington is to grow its membership and strengthen itself financially. I look forward to contributing to an even stronger future Solar Washington.

Statement from Dean: Dean is the owner of Solar Forensic Services, a solar module and inverter quality auditing and investigative service, and has worked in the Washington State renewable energy industry for over 20 years. He is also currently serving as the Director of Engineering at PureSolar in Tumwater, WA. In 1997 he joined Trace Engineering (later purchased by Xantrex Technology) to design and launch early grid-tie inverters and off-grid products. In 2007 he joined OutBack Power and helped created a spin off PV module division known as Silicon Energy. He was one of the primary design team members for Silicon Energy’s Cascade double glass PV module. While also working with Silicon Energy, he worked as an Application Engineer for OutBack. In 2011 he was one of the founding members of Itek Energy to bring to full scale PV module production in Washington State and served as their Process Engineering Manager for over 6 years. Dean has used PV and battery backed up inverters at home for over 18 years and recently upgraded his system with a 5kW PV array. Dean has an Industrial Electronics degree from Renton Technical College and has been a Solar WA member for over 15 years actively promoted the expansion of solar energy in Washington State.