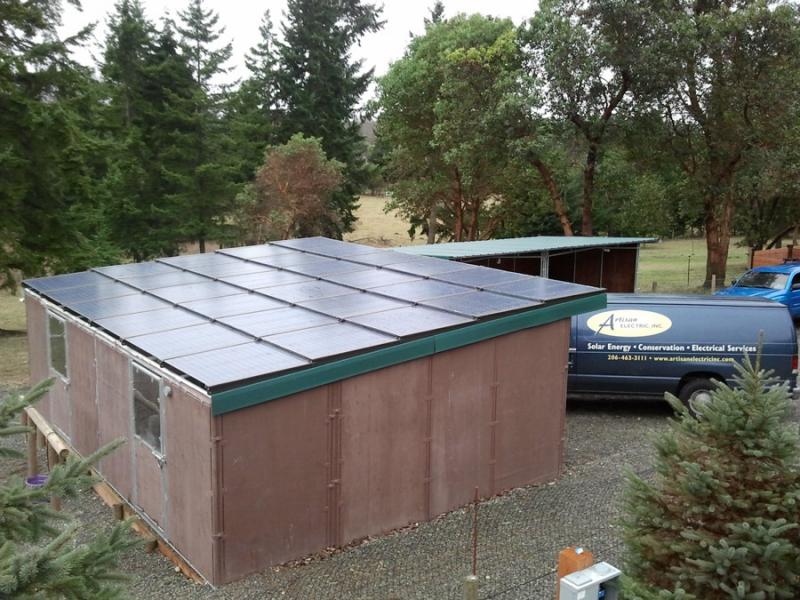 Building integrated systems utilize PV materials in the architecture of the building envelope in place of conventional roofs, skylights and windows. BIPV modules serve the dual function of a building skin and power generator, eliminating structural redundancy. By avoiding the cost of conventional building materials, the incremental cost of BIPV is reduced and the life-cycle cost of the building is improved. Moreover, modules such as the Silicon Energy Cascade Series and Sanyo HIT Double bifacial panels use a double glass module that allows some sunlight to penetrate portions of the panel, taking architectural and aesthetic advantage of ambient light and shadows. 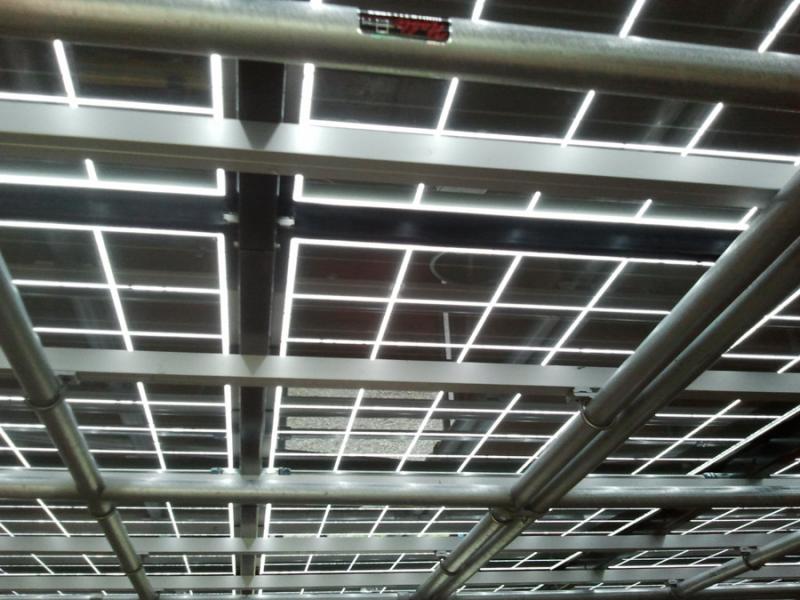 The existing stable structure at the Brown residence is a loafing shed that uses galvanized steel tubing with welded joints and galvanized panel clamps. The existing corrugated metal roof was removed (and will be reused elsewhere), and the SiE mounting feet were bolted to the roof lattice using ground-mount attachment hardware. The stables are pre-engineered to withstand up to 30 psf snow load and 90 mph winds. Adding the extra 4.1 psf of weight from the SiE modules to such a low-pitched roof required that the structure be robust, though in theory the excess snow should cascade off of the roof.

The Brown installation is the first BIPV system using Silicon Energy modules, and the first known BIPV in Washington State. As such, there was no precedent to refer to regarding waterproofing. Flashing was installed around the perimeter of the system, and a gutter will be attached to the bottom row of modules. Rubber gaskets were provided by silicon energy to fill the gap between the modules, though additional fill was needed between the glass and mounting feet. We used 1” foam window sealant to fill the gaps around the gaskets, and caulked the mounting foot covers as well as the connection between the mounting feet and flashing. We are now monitoring the structure for any leaks or excess condensation under the panels. 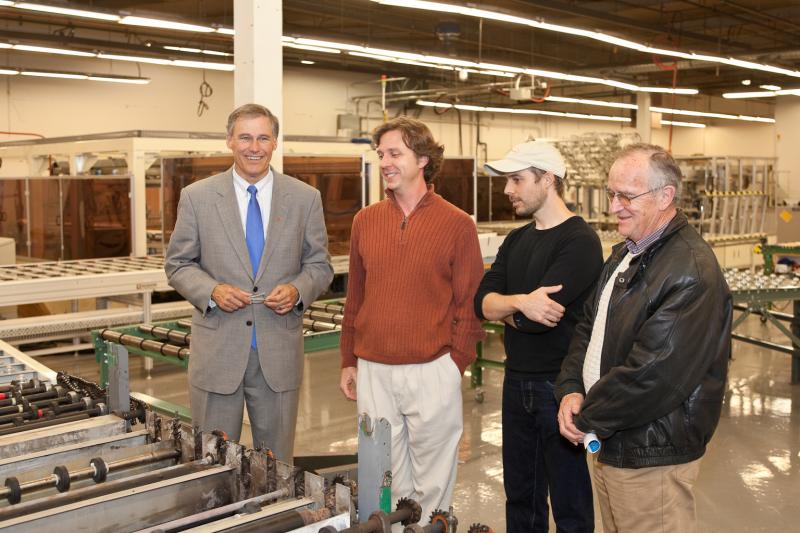 If successful, the Browns will replicate the process with an additional BIPV array for their second horse barn. As such, we had to build out the first system with expansion in mind. We added a 125 Amp subpanel to serve as our combiner panel for a future second inverter. We also doubled the amperage rating of the AC disconnect and upsized the AC wiring going back to the disconnect.

In October of 2011, Steve Brown and Artisan Electric staff were invited to tour Silicon Energy’s Marysville factory with Congressman Jay Inslee and SiE president Gary Shaver. Steve was able to see how the modules were built and ask questions to SiE staff about the new SiE inverter and waterproofing the array. He also personally tested the durability of the modules, erasing any doubt about their suitability as a roof structure.