This page is designed to give you information about Washington utilities, their solar programs, news and more. We will continue to update this page as information becomes available.

What is the Source of Washington’s Electricity?

Sources of Washington’s electricity include hydro (dams), coal, natural gas, nuclear, wind, biomass (ag products, landfill gas, municipal solid waste and sludge waste), other gas (blast furnace gas, and other manufactured and waste gas from fossil fuel), petroleum, geothermal, solar and other (chemicals, sulfur, tire derived fuels and misc. (Technologies are listed in order of most to least produced.) Each utility reports its fuel mix to the public and/or their consumers, usually on their webpages. Search your utility’s webpage to learn more about where YOUR electric power comes from.

Utilities receive electricity via these public agencies: Energy Northwest, US Bureau of Reclamation, City of Seattle, PUD 1 and 2, TransAlta Centralia and US Army Corp of Engineers as operators.

Bonneville Power Administration is a nonprofit federal power marketing administration. Although BPA is part of the U.S. Department of Energy, it is self-funded. BPA markets wholesale electrical power from 31 federal hydroelectric projects in the Northwest, one nonfederal nuclear plant and several small nonfederal power plants. The dams are operated by the U.S. Army Corps of Engineers and the Bureau of Reclamation. The nonfederal nuclear plant, Columbia Generating Station, is owned and operated by Energy Northwest, a joint operating agency of the state of Washington. BPA provides about 28 percent of the electric power used in the Northwest. BPA also operates and maintains about three-fourths of the high-voltage transmission lines in its service territory of Idaho, Oregon, Washington, western Montana and small parts of eastern Montana, California, Nevada, Utah and Wyoming. BPA also funds regional efforts to protect and rebuild fish and wildlife populations affected by hydropower development in the Columbia River Basin.

The state of Washington has roughly 60 utilities most of which are publicly owned and some of which are privately owned. Your utility provides a wealth of information and services including net metering services, energy efficiency rebates, ways to reduce energy consumption to save money, adding electric vehicle charging to your home or business and more. Each utility reports its sources of electricity (ie fuel mix) to its consumers, usually through its website. Check with your utility concerning its participation in the RESIP program and other services affecting solar customers.

The remainder of Washington electric utilities are operated by:

As public entities, PUDs, co-ops, municipal utilities are each governed by their own elected commissioners and/or city council. Their meetings are open to the public and public input is encouraged. You can find details about commissioner meetings on their respective websites (see list below). The governing body for each utility must approve rate increases (increases in the cost of electricity to consumers) as well as solar investment plans and policies related to residential and commercial solar installations.

Washington Rural Electric Cooperative Association
The Washington Rural Electric Cooperative Association (WRECA) represents approximately 20 small mutual electric companies and rural electric cooperatives throughout Washington. WRECA's members use either the “cooperative” or “mutual” business model, which means that they serve their customers on a non-profit basis. The rural and small utilities we represent play a critical role in supporting the agriculture industry in Washington by providing electric service at cost to two-thirds of all farmland in Washington.

Grant to fund solar power at former Yakima armory.
February 28, 2019; from Yakima Herald-Republic
A housing project for homeless veterans planned at the former Marine Corps reserve armory in Yakima will be mostly solar powered, thanks to a grant from Pacific Power. Click to read the full story. 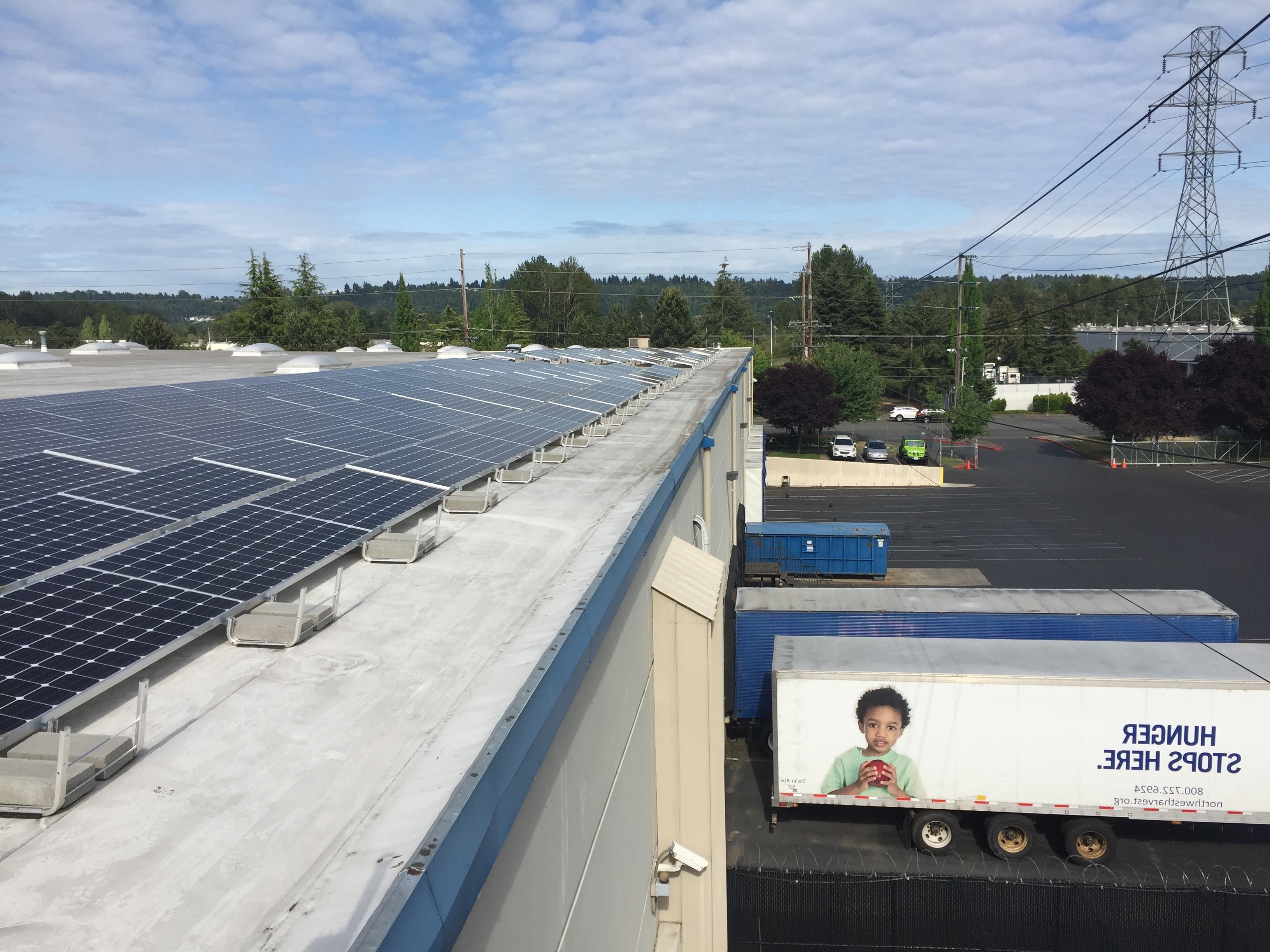 Avista Introduces Solar Select TM Renewable Energy for Large Business Customers
April 3, 2018; from Avista release
Avista is pleased to announce it will be bringing a new renewable solar energy project to its large commercial and industrial electric customers in Washington. Avista is one of only 15 utilities in the country that offers a renewable energy green tariff designed to meet commercial and industrial customer’s sustainability and carbon reduction goals. The Solar Select program is powered by 28 Megawatts DC of renewable solar energy, making this array 25 times larger than the current largest array in WA. Located in Lind, WA, part of Avista’s electric service territory, the array will be comprised of more than 81,000 panels that span 170 acres and generate enough electricity to supply approximately 4,000 homes annually. Read more.

PSE Funds Five Solar Projects through Green Power Program Grants
Jan. 5, 2018; from PSE release
Puget Sound Energy is ringing in the new year by giving five organizations in its service area the gift of green energy. The recipients are organizations that are either food distribution centers or emergency warming shelters in their respective communities. Read more.