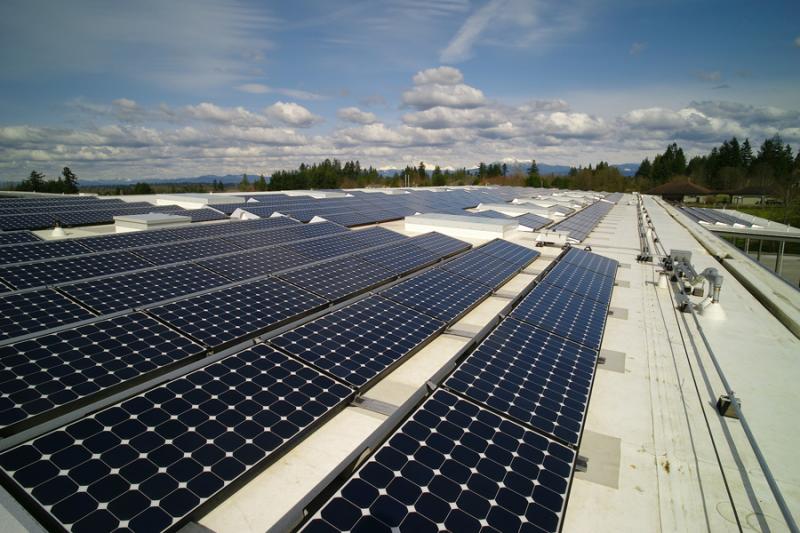 The Snohomish School District has included two 100 kW photovoltaic arrays as part of recently-constructed projects, Riverview Elementary School and Machias Elementary School, designed by NAC|Architecture with Hargis Engineers. Both arrays are now operating, providing the District with some relief on its energy bills from Snohomish PUD. 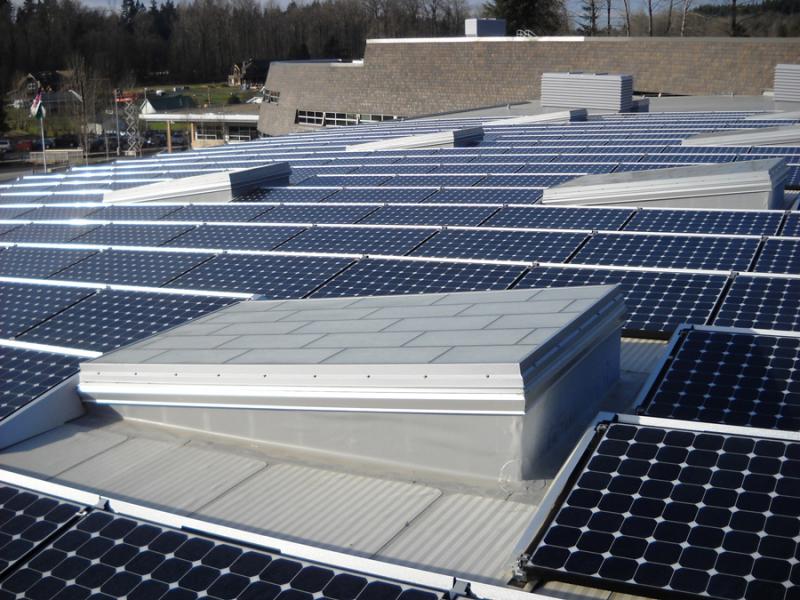 During the planning process for replacing these schools, the design committee identified a goal of making the new buildings “models of sustainability”. The District noted the uncertainty of future funding and the unpredictability of future energy prices, so they wanted to make their capital expenditures generate lasting value. The design team responded with a host of energy-saving strategies, such as closed-cell spray foam insulation, triple-pane windows, extensive daylighting with automatically-dimming light fixtures, energy-efficient systems including ground-source heat exchange, displacement ventilation and heat recovery systems. Both schools have earned the “Designed to Earn Energy Star” designation from the US EPA. Each school has a “green touchscreen” in the entry lobby, where students and others can see the school’s energy use and solar energy production. The information is also on the web, go to http://riverview.ssd.greentouchscreen.com/ and click on Explore, Live Energy Data, and then on the Solar Energy Produced button. You can select to look at the graph by year, month, week or day.

The photovoltaic arrays were bid as alternates to the base construction bids, so the District could decide the size of the arrays based on the overall bid results. There were no arrays in the base bids, optional alternates were bid for a 100 kW array or a 280 kW array at each school. Due to strong competition in the public bid construction market, bids came in substantially low. The 100 kW arrays were included in the contracts and both projects were still completed for millions of dollars under budget. The specifications for the photovoltaic systems were performance-based and allowed the use of numerous manufacturers and components to meet the design criteria. The General Contractor for Riverview Elementary School was Babbit Neuman Construction, Pacific Coast Electric was Electrical Subcontractor and GC Solar was the Photovoltaic Subcontractor. For Machias Elementary School, Graham Construction was General Contractor, Stateside Electric was Electrical Subcontractor and Foy Industrial was Photovoltaic Subcontractor. 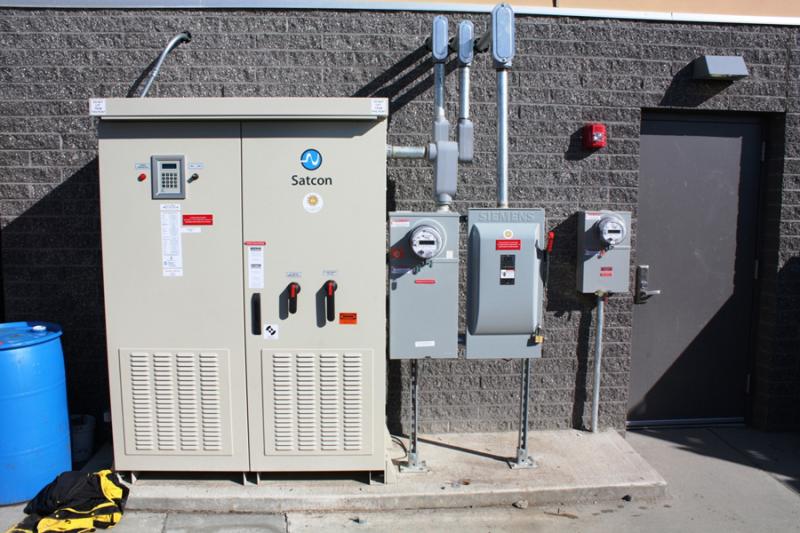 The architectural and electrical design of Riverview and Machias Elementary Schools presented many unique opportunities and challenges for the Design Team. Having been asked if the two schools could achieve net-zero energy consumption, NAC|Architecture and Hargis Engineers included the above-mentioned conservation measures and then investigated the accommodation of a 530kW photovoltaic system at each facility to offset 100% of the projected annual energy use. From the early stages of design, the building orientation, roof slope, and roofing materials were tailored to accommodate a south-facing PV system with an optimum tilt and minimal roof penetrations. The selected 100 kW systems are projected to produce 17% of the schools’ energy needs on an average annual basis, which roughly corresponds to all the power needed for lighting in the building and on site at the parking lots.

Both schools utilize (324) 305W SunPower modules and (1) 100kW Satcon brand grid-tied inverter for an overall system design of ~98.9-100kW. The modules have a 25-year warranty and an expected life of 50 years; the inverter has a 10-year warranty and an expected life of 25 years. The array racks of each system were designed to be ballasted with all modules installed at roughly +10 degrees relative to the roof plane. This installation angle was a calculated decision which maximized the quantity of modules installed on the roof, while also trying to maximize the production of each module. Since the Owner and Design team were both concerned about large quantities of roof penetrations, the entire system was designed to have as few roof penetrations as possible. The array feeds into combiner boxes, which in turn back-feed the main switchboard via the Satcon inverters. Riverview and Machias’s designs differ slightly in that Riverview’s inverter is installed outside of the building in a covered and secure utility yard, while Machias’ inverter is installed inside the main Electrical room. The only notable maintenance requirement is for the District to wash the PV modules once a year, so that they maintain their projected production quantities. Quick coupler hose bibs were provided at the roof level on each school for this purpose. 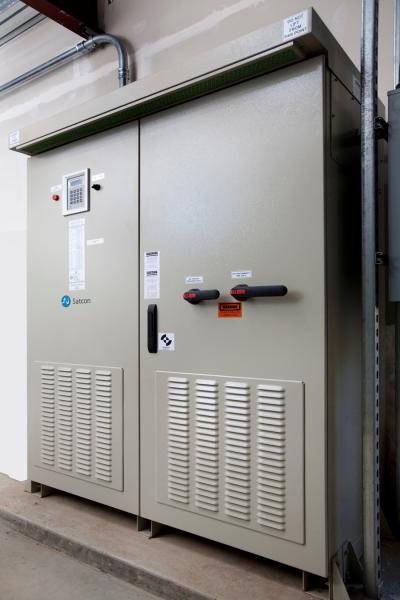 The inclusion of sizable photovoltaic arrays on school buildings is part of the current boom in panel production, helping to lower costs throughout the industry. Currently these arrays on Machias and Riverview Elementary Schools are the largest operating on any school buildings in the state, but they will not have this title long, with arrays now under construction in Bellevue and Lake Washington School Districts. When Machias and Riverview were in design, estimates for sizable PV arrays were in the $7-$8/watt range, but they are now in the $6-$7/watt range and dropping. The benefit for School Districts is that money saved on energy bills is available for the fundamental needs of teaching and learning in their annual budgets.