Recently Solora Solar (with offices in Issaquah and Yakima) has worked on a significantly important project for particular market segment: the farming community in central Washington. Solora Solar has recently completed one of the largest commercial system in Central Washington, 112kW (DC) system in Wapato, Washington for Green Acres Farms, LLC. Green Acres Farms has recently built a new 250,000 ft² hop Kiln facility for their Hops operation, building roof has perfect Southern exposure, which provides a perfect opportunity for them to go solar, reduce their energy cost and claim their energy independence. The system is approximately 112kw (DC) with 437 Trina solar monocrystalline solar modules. This system will qualify for $5000/year of production cash incentive, 30% federal tax incentive and will generate just under 90% of customer current energy need with approximate half a million dollars of saving over next 25 years. In addition, system will qualify for MACRS accelerated depreciation, with system payback between 5-6 years. System will cover roughly 9,000 ft² of the total roof area. Significant positive impact on environment by reducing Green House Gas emission 2,484 tons of CO2 over next 25 years.

The U.S. solar market is expected to grow 119% this year, according to global research firm GTM Research. While a majority of solar electricity is produced at large, utility-scale solar power plants, the greatest number of solar jobs are located with companies like Solora Solar doing the work to bring clean energy to the public. 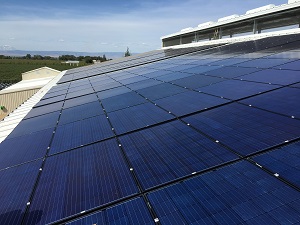 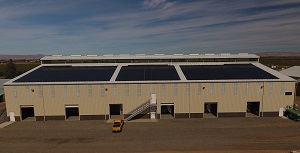