Karen May on solar panels being her "inhabitant" ticket

Committed to the idea humans need to do their part, Karen May hired a solar systems engineering firm to evaluate the feasibility of a solar system with backup storage on her home.  She is looking for solar roof tops and cheap renewable power to be more easily and economically distributed.

Solar Washington: Karen, what led you to be an early adopter of solar power? 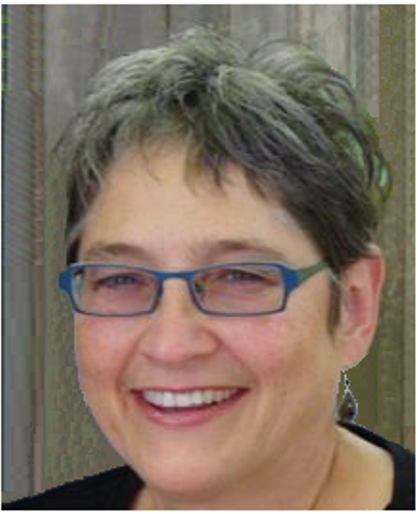 Karen May: I grew up on a farm. As a kid I read the Sea Around Us by Rachel Carson. Her book combined with the real life experience of following the seasonal cycles of the earth that helped my family produce food, made me a lifelong advocate of working with not against nature, the theory being “Don’t fight the “is ness”. I found the beauty, complexity and interrelationship of the ecosystems humans are dependent on for survival, humbling. Consequently I became committed to the idea humans need to do their part, just for the price of admission here on earth. Solar panels on my house are my “inhabitant” ticket.

SW: How were decisions made at every step?

* Was our roof rated to structurally handle the solar panel weight loads and would our roof last for the 25 year rated life of most solar panels?

* Would our utility company allow a seamless tie into a backup battery during widespread electricity outages but yet allow us to be on the electrical grid during normal times. We wanted a 48 hour backup battery plus the ability to add more power to the battery during sunny days when outages were occurring.

* Were there vendor, home insurance, HOA, city, utility, county, state and federal incentives available to assist with the up front costs or conversely, did these entities have barriers that would make a functioning residential solar production and storage system with interconnect to the grid, a hassle?

* Our target date was Valentine day 2014 and we hired SolTerra the prior December (12/20/2013). SolTerra was easy to work with and met our quality, costs and installation schedule targets!

Karen: I joined Solar Washington because I wanted to learn more about the technical competence of the local solar and backup battery industry. I tend to be nerdy, even though I am not an engineer. I am very curious about product design, integration and build, particularly if products borrow from or mimic nature’s systems. Mostly I am always on the lookout to learn more. My ancestors were blacksmiths so the nerdy part is probably ancestral. The curiosity part came from growing up on a farm and making friends with nature. Solar Washington, way back when I joined, was where the solar researchers, demonstration project sponsors, suppliers, system engineers, consumers, regulators and industry advocates seem to be gathering and collaborating on issues specific to Washington state.

Solar Washington appeared to be about sharing “the rays and ways”. From its early monthly technical meetings, I felt its heart was about making our communities more sustainable over the long haul, so I asked myself: “Why wouldn’t I join?”

SW: What is next for you regarding solar?

Karen: I am curious about what barriers in Washington state are getting in the way of solar roof tops appearing on every commercial building, every warehouse, every school, every new apartment building and over the large expansive parking lots for these buildings. Along this same line of thinking, are there any large abandon toxic commercial sites or mining sites that are already wired to the grid that could be used for public solar generation for the communities suffering these wounds? Is there “infrastructure” money that these communities could use for such projects? What needs to happen to make the electrical grid in Washington state perform as a “smart grid” so cheap renewable power can, at scale, be more easily and economically distributed while working in concert with the abundant hydro power we have in this state….ie pump water uphill when the sun shines and the wind blows, then generate power using the hydro turbines when it doesn’t? While I am not an engineer, I am willing to see if I can be useful to others working on these same issues.